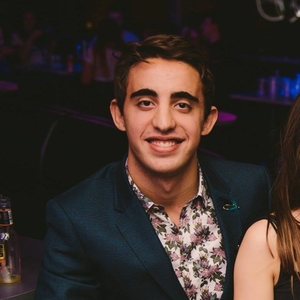 A high achieving and mother tongue English teacher, with experience in the field. Exceptional academic records reflect my hard-work and commitment.

One of the reasons why I make a good teacher is my strive for academic excellence. At school, I received several prizes from local embassies. Between the age of fourteen to seventeen, I received two "President's education awards programme", signed by Barack Obama for outstanding academic excellence and one "British Ambassador's Award" for excellence in English composition. I also received four "High Honour Rolls" for the best marks in the school. As a teacher, I would bring my ambition for achieving outstanding results, which I had first-hand when I was a pupil.

I was inspired to teach after being invited to lecture at the Edinburgh Undergraduate Research Conference. After hearing that my essay on Victorian poetry was accepted at the conference, and after presenting at the university, I discovered the joy of teaching. Discussing my favourite texts, seems to me a wonderful job. I would like to help others develop English as a foundational skill for any career aspiration. As a writer, having written two novels, two novellas and one collection of short stories, as well as academic publications, I am in love with the English language.

I have plenty of teaching experience. I have worked in over four different schools in Surrey, including Amery School, St Peter’s School Guildford, Ash Manor School and Shawfield Primary School.