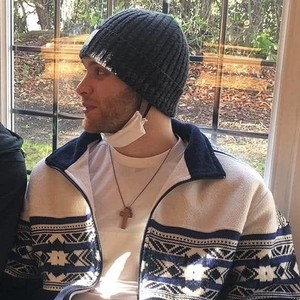 Wanna learn Italian with an Italian?! Here we go, I can help you, from the most basic level (pizza, mafia, berlusconi) to the most advanced ("vuoi farla ingelosirla?" and more italian memes)

I was born in Rome and raised "on the border" of that fantastic city (nice as a tourist - a bit chaotic tho), so I speak Roman (it looks a bit of an angry language, but it's a very sexy accent), Italian and Salernitano (South Italian Dialect *italian intensifies*).

I speak English, French, Spanish and other weird things such as Latin, etc. I love teaching and I think I'm very energetic (a bit too much sometimes, but hey, at least it's fun).

I do believe in learning as an experience and fun: you wouldn't stay 1 or 2 hours with a person you can't bear doing something boring and "schoolish", so embrace the energy and start talking from the first class! (even if your first baby words are "pizza" and "berlusconi", that's fine, I'll allow it).

I am very dramatic. Very.
That's why I love role plays and drama.

You won't be able to learn a language by reading a book, you need to live it as much as possible, you need to experience it, as you were in Italy. And one week with me would be way cheaper than flying to Rome.

I love engaging and challenging - I love speaking but also listening is important as you need to do most of the talking - otherwise you could just put an Italian film while you eat your delusional plate of spaghetti and that's it, you learning!

I've been teaching for years, especially to Brits, and I love it. I know,I know, you may not be very good at learning a language (that's because you English, probably), but lemme tell you something, try, and see.

I also have degrees and certificates, but that's boring stuff, I can show you if you don't believe me.
Can't wait to see you guys!

We can work it out together, no worries!

Wanna learn Italian with an Italian?! Here we go, I can help you, from the most basic level (pizza, mafia, berlusconi) to the most advanced ("vuoi farla ingelosirla?" and more italian memes)